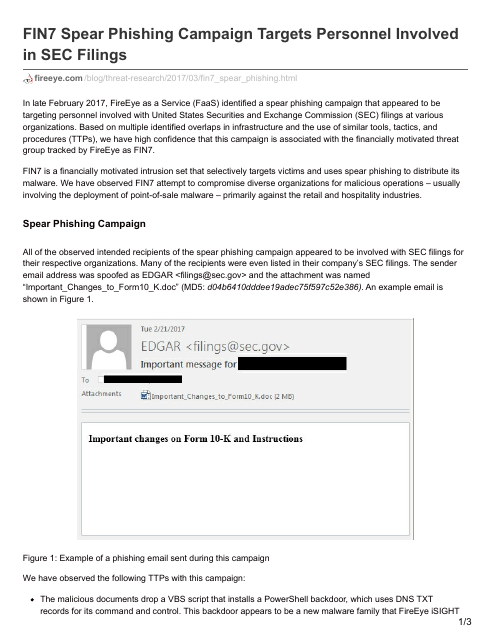 In late February 2017, FireEye as a Service (FaaS) identified a spear phishing campaign that appeared to be targeting personnel involved with United States Securities and Exchange Commission (SEC) filings at various organizations. Based on multiple identified overlaps in infrastructure and the use of similar tools, tactics, and procedures (TTPs), we have high confidence that this campaign is associated with the financially motivated threat group tracked by FireEye as FIN7. 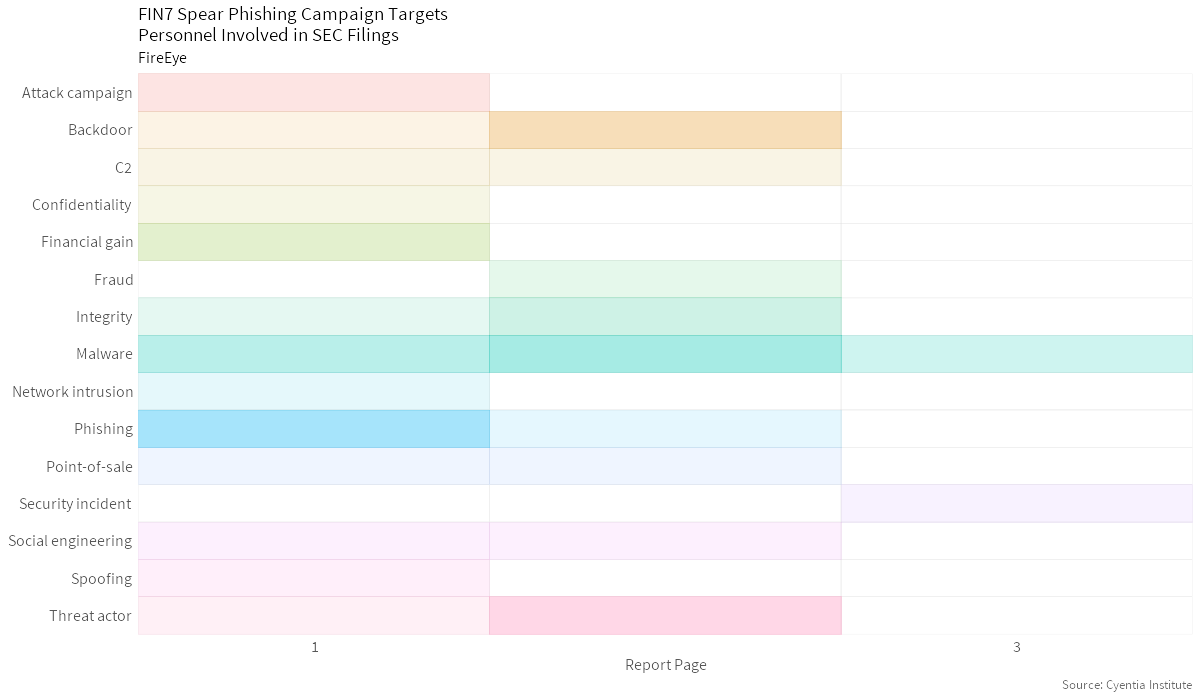