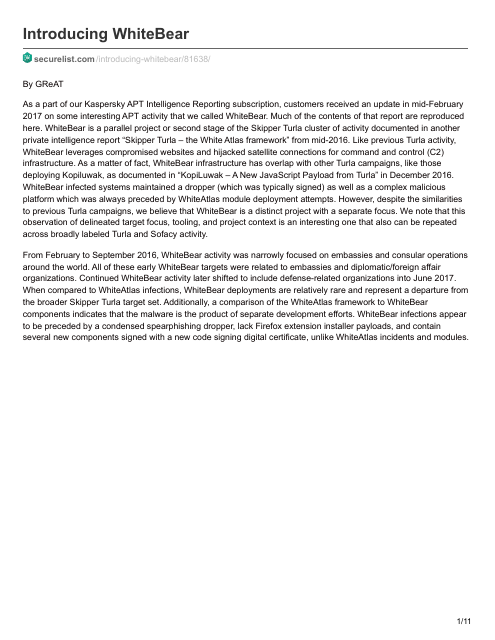 “As a part of our Kaspersky APT Intelligence Reporting subscription, customers received an update in mid-February 2017 on some interesting APT activity that we called WhiteBear. Much of the contents of that report are reproduced here. WhiteBear is a parallel project or second stage of the Skipper Turla cluster of activity documented in another private intelligence report “Skipper Turla – the White Atlas framework” from mid-2016. Like previous Turla activity, WhiteBear leverages compromised websites and hijacked satellite connections for command and control (C2) infrastructure. As a matter of fact, WhiteBear infrastructure has overlap with other Turla campaigns, like those deploying Kopiluwak, as documented in “KopiLuwak – A New JavaScript Payload from Turla” in December 2016. WhiteBear infected systems maintained a dropper (which was typically signed) as well as a complex malicious platform which was always preceded by WhiteAtlas module deployment attempts. However, despite the similarities to previous Turla campaigns, we believe that WhiteBear is a distinct project with a separate focus. We note that this observation of delineated target focus, tooling, and project context is an interesting one that also can be repeated across broadly labeled Turla and Sofacy activity.” 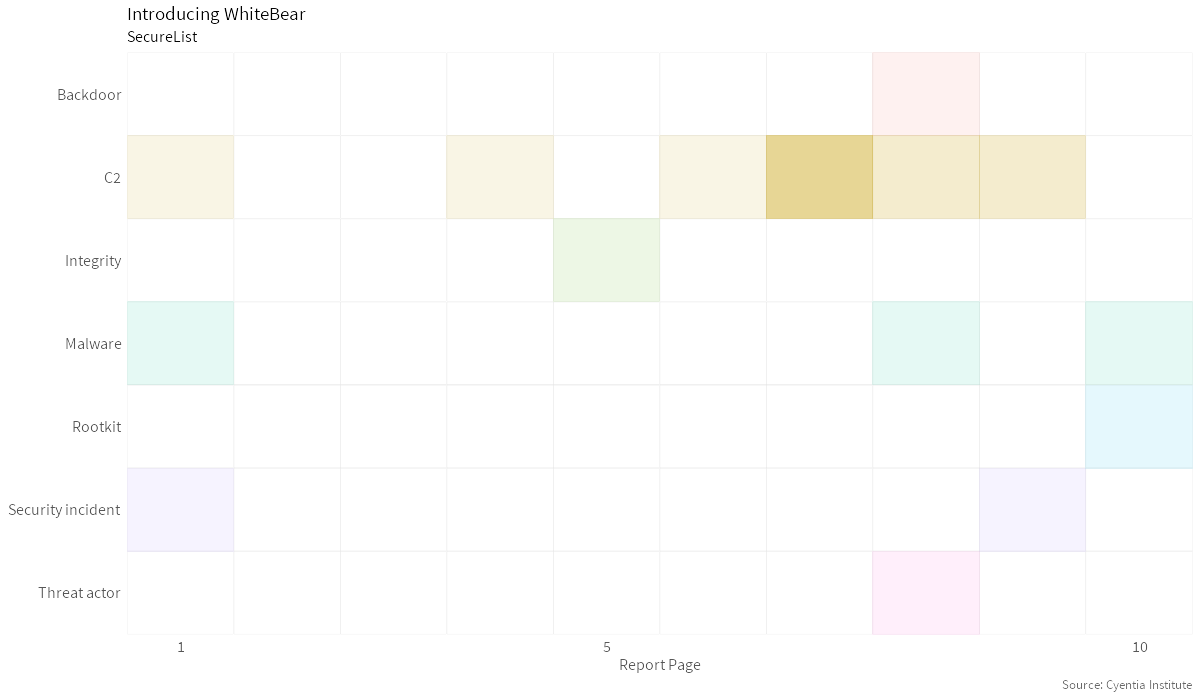