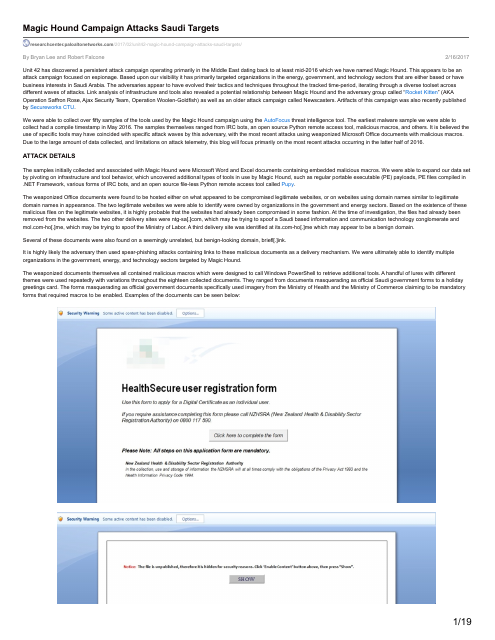 Unit 42 has discovered a persistent attack campaign operating primarily in the Middle East dating back to at least mid-2016 which we have named Magic Hound. This appears to be an attack campaign focused on espionage. We were able to collect over fifty samples of the tools used by the Magic Hound campaign using the AutoFocus threat intelligence tool. The earliest malware sample we were able to collect had a compile timestamp in May 2016. The samples themselves ranged from IRC bots, an open source Python remote access tool, malicious macros, and others. It is believed the use of specific tools may have coincided with specific attack waves by this adversary, with the most recent attacks using weaponized Microsoft Office documents with malicious macros. Due to the large amount of data collected, and limitations on attack telemetry, this blog will focus primarily on the most recent attacks occurring in the latter half of 2016. 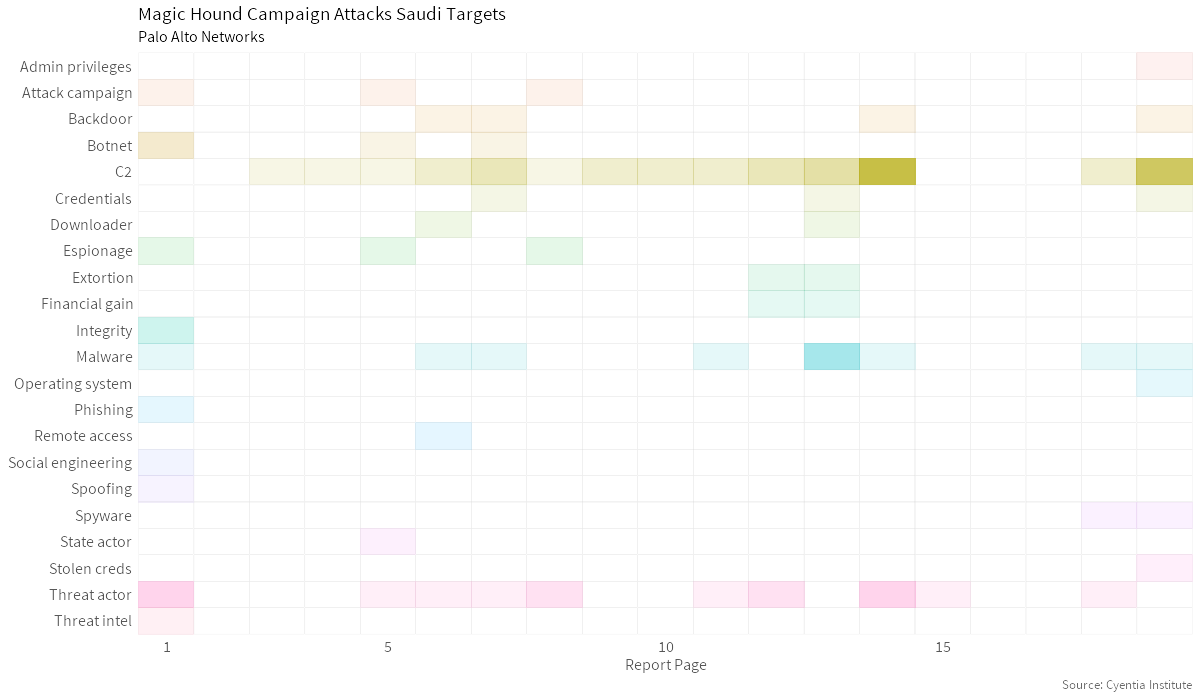