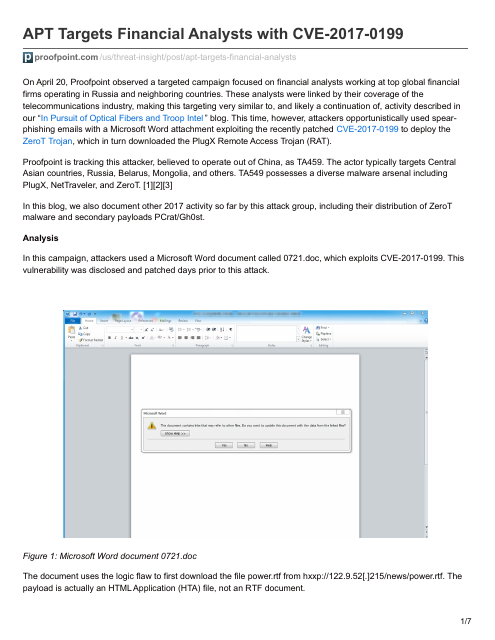 On April 20, Proofpoint observed a targeted campaign focused on financial analysts working at top global financial firms operating in Russia and neighboring countries. These analysts were linked by their coverage of the telecommunications industry, making this targeting very similar to, and likely a continuation of, activity described in our “In Pursuit of Optical Fibers and Troop Intel ” blog. This time, however, attackers opportunistically used spearphishing emails with a Microsoft Word attachment exploiting the recently patched CVE-2017-0199 to deploy the ZeroT Trojan, which in turn downloaded the PlugX Remote Access Trojan (RAT). Proofpoint is tracking this attacker, believed to operate out of China, as TA459. The actor typically targets Central Asian countries, Russia, Belarus, Mongolia, and others. TA549 possesses a diverse malware arsenal including PlugX, NetTraveler, and ZeroT. [1][2][3] In this blog, we also document other 2017 activity so far by this attack group, including their distribution of ZeroT malware and secondary payloads PCrat/Gh0st. 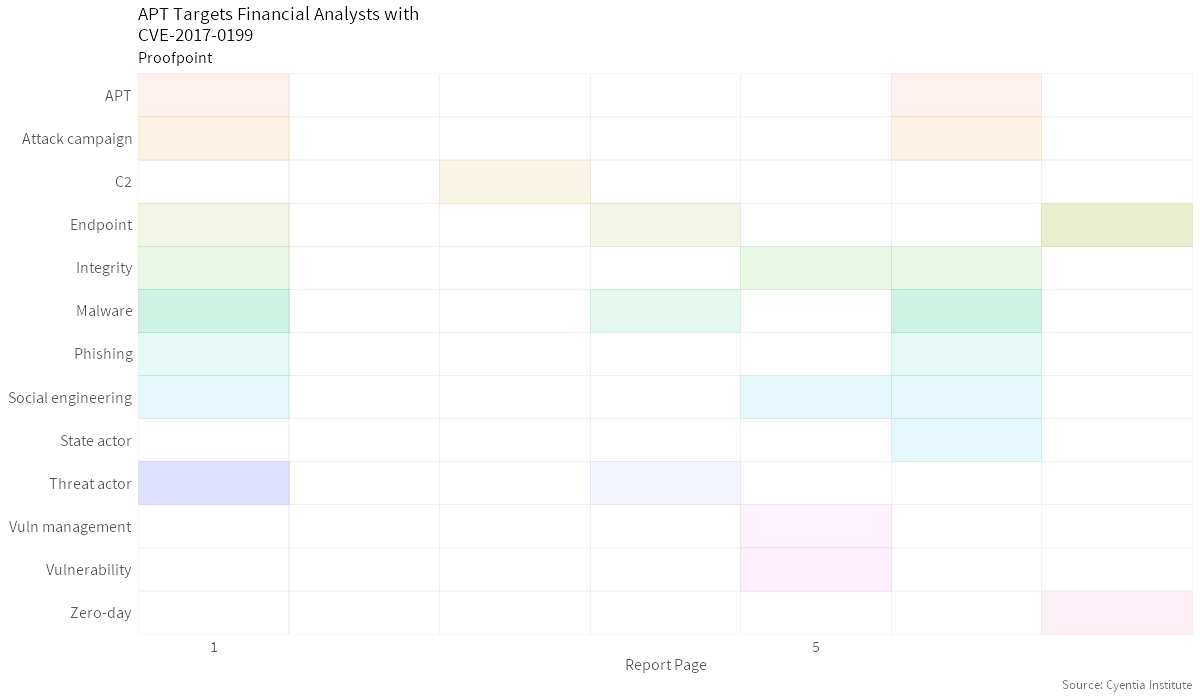