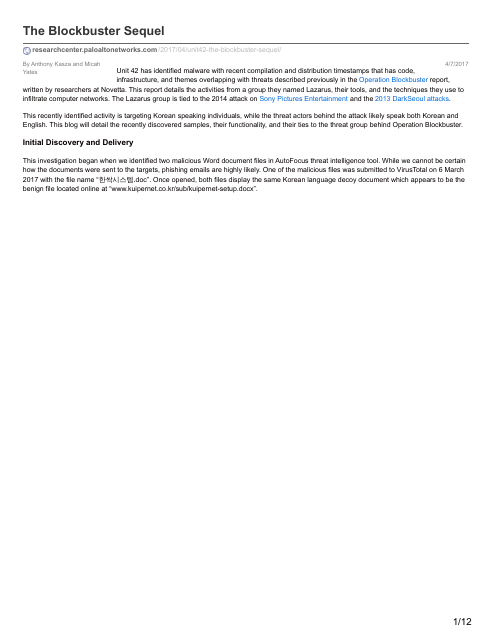 Unit 42 has identified malware with recent compilation and distribution timestamps that has code, infrastructure, and themes overlapping with threats described previously in the Operation Blockbuster report, written by researchers at Novetta. This report details the activities from a group they named Lazarus, their tools, and the techniques they use to infiltrate computer networks. The Lazarus group is tied to the 2014 attack on Sony Pictures Entertainment and the 2013 DarkSeoul attacks. This recently identified activity is targeting Korean speaking individuals, while the threat actors behind the attack likely speak both Korean and English. This blog will detail the recently discovered samples, their functionality, and their ties to the threat group behind Operation Blockbuster. 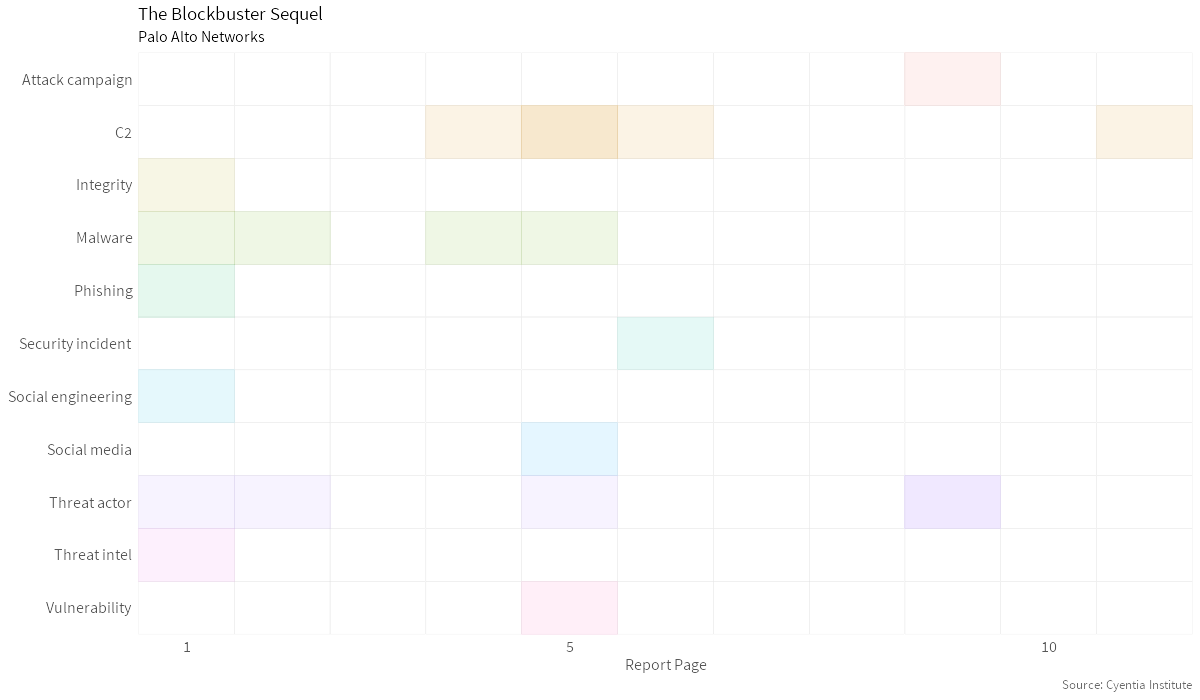