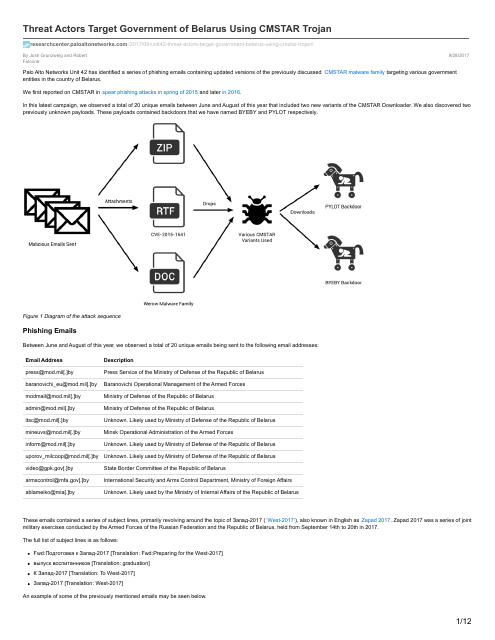 Palo Alto Networks Unit 42 has identified a series of phishing emails containing updated versions of the previously discussed CMSTAR malware family targeting various government entities in the country of Belarus. We first reported on CMSTAR in spear phishing attacks in spring of 2015 and later in 2016. In this latest campaign, we observed a total of 20 unique emails between June and August of this year that included two new variants of the CMSTAR Downloader. We also discovered two previously unknown payloads. These payloads contained backdoors that we have named BYEBY and PYLOT respectively.